Anti-Skating and Side Force, Part#1: Classification of Various Side Forces during Vinyl Record Playback 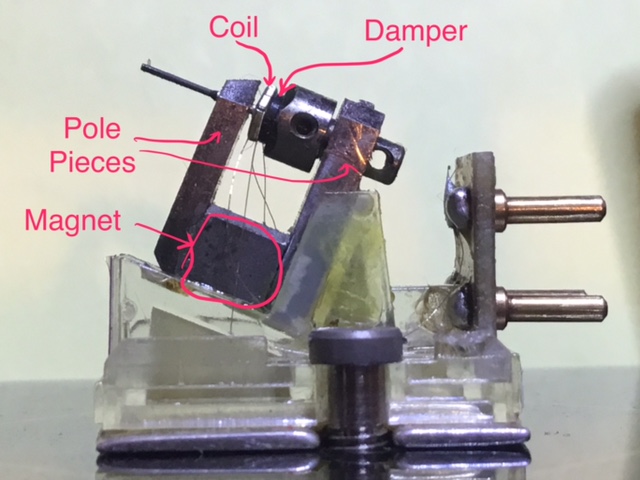 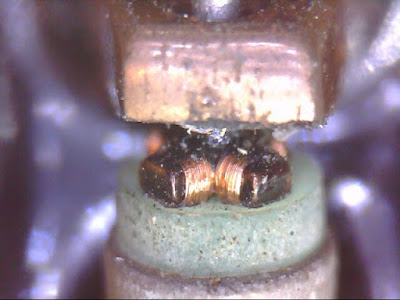 During vinyl playback, given proper tracking force setting, the majority of tracking distortions or "break ups" are due to the existence of persistent side forces causing uneven loads to the damper in a cartridge.  When the damper, like a spring compressed to the limit of its normal operating range, cannot accommodate the cantilever moving in certain direction, the stylus will fail to follow the trajectory of groove modulations. In other words, in such situations, the damper is not able to yield further to allow the cantilever to move freely, as such the stylus cannot trace the signal properly, and distortions occur. Only in uncommon situations the distortions result from groove modulations surpassing the tracking capability of the cartridge, mainly seen in cartridges with unusually stiff dampers.

The characteristics of side forces can be divided into two major categories. In the first category, the direction of the force alters at about 1/20 second or longer period, or even not changing direction at all for the entire side of the record. This directional-change rate is at or below the low-frequency resonance of the cartridge-arm combo, hence such force CANNOT be effectively absorbed by the damper in the cartridge, thus propagates between the tone arm and the cantilever of the cartridge and is stored in the cartridge's damper as potential energy. This category will be termed "DC-mode" side force, for its similarity to the Direct Current in electricity which the current flow does not change direction.

In the second category, the direction of the force alters rapidly, similar to the AC electricity. Such side force manifests as kinetic energy and is quickly stored and then released by the damper in the cartridge.

Category of side forces, Group 1:

(1A) When playing a record, each side of the stylus contacts the groove wall and generates frictional forces. The forces drag the cantilever forward as in Figure.1. In most cases, the extended straight line from the cantilever does not precisely coincides the pivot point of the tone arm, a torque force is therefore generated which pushes the arm assembly in or outward.

(1A-1) For pivoted arms (either conventional or tangential) with an offset angle, as in Figure.2 below, the drag on the cantilever generates forward force (red arrowed line) , together with the blue line indicating the moment arm, generates inward torque acting on the tone arm.

(1A-2) In linear tangential arms or straight pivoted arms, both without offset angle, if the cantilever of the installed cartridge is not precisely pointing toward the pivot center, the drag on the cantilever during play can still generate inward or outward torque on the arm.

(1B) When the spindle hole of the record is off centered, the rotation of the record will bring the cartridge and arm assembly inward and outward alternatively at about 1.8 second interval, hence generating side forces.

(1C) The surface of a record is not entirely level, causing uphill and/or downhill effects as the cartridge plays and the arm moves toward the center spindle.

Categoriy of side forces, Group 2:

(2A) As a stylus interacts with both groove walls, especially for stereo records where the two walls are engraved with different signals, the two contact sides of the stylus may take on forces of uneven magnitudes, generating rotational torque on the stylus shank, then propagating upward to the cantilever. Depending on the signal contents, such torque can quickly appear, disappear, and the rotation can reverse directions, all in very short period of time. The time window is typically much less than 1/20 second. The damper mechanisms in most cartridges can easily absorb such transient torque force, and prevent further propagation upward to the arm.

(2B) When playing musical signals, the stylus will move along with the groove walls back and forth, with frequency range from around 20Hz to more than 20kHz. The force and energy acting on the stylus propagates upward and will mostly be absorbed by the cartridge damper.

In general, the two major groups of side forces coexist during play. (1A) is a much greater and more persistent source of side force than (1B) and (1C). And Group 2 side forces are not only weaker, but also transient in nature and are nearly entirely absorbed by the damper.

Consequently, Group 1 side forces should be the focus for further research and discussion. (1A), (1B) and (1C) types of forces may add or subtract to one another, although (1A)  which includes (1A-1) and (1A-2), remains the most dominant and influential of all. Consequently, the design and adjustment of anti-skating mechanisms in pivoted arms and the minimization of side forces in linear tracking arms should consider these as critical factors.

Group 2 forces are absorbed by the damper, consequently changes in their intensities will not affect the tone arm. This in term implies the difference in signal strengths do not change the required amount of anti-skating force in pivoted arms.

Incidentally, since the amount of dynamic friction force is near constant at low speeds, the friction generated between the stylus and groove walls remains unchanged for outer grooves and inner grooves, even though the relative linear speed is reduced by half. As such the applied anti-skating force should ideally stay constant during play for pivoted arms. More in-depth discussions on this subject will continue in a future write-up. 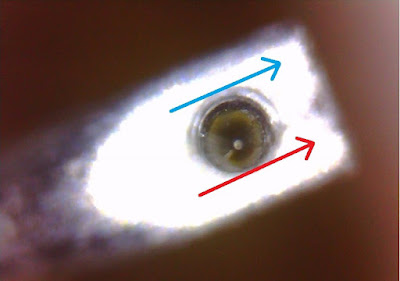 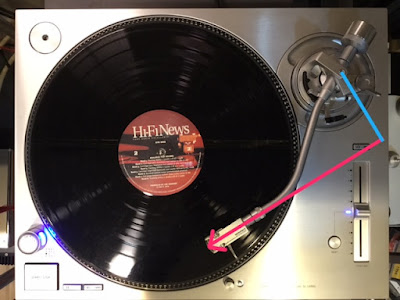 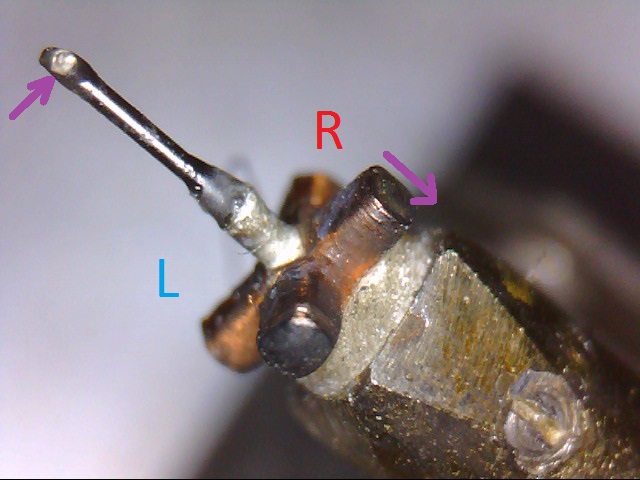